I’ve a new short (and I mean short) story up at DM du Jour, a deliciously insolent blogpost adjuvant to the Danse Macabre flagship.  “Knot the Noose” is a B-side of sorts to “Fiending Apophenia,” which appeared in Scott Dwyer’s 2017 project, Phantasm/Chimera. 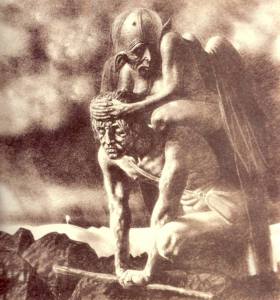 From their site: “DM’s contributors range from previously unpublished newcomers to accomplished professional writers, editors, scholars, and musicians, too. They write from both their hearts and around the world, from the South Side of Chicago to South Africa.”

I’d like to submit a specific nudge of thanks to Jim Powell, who, as global rover, helped provide some (much-needed) insight into potential locales for this this sordid short.  (Unflinchingly factual:  the Dos Equis ad-mascot, “Most Interesting Man in the World,” is largely based on Powell’s exploits over the decades.)  Though I owe him much, I won’t embarrass the man with anecdotes on how much his mentoring has meant to my writing (read: academic discipline), though will say he produces not only a guiding gesture from time to time, but continues to assemble impressive short stories which can be found in our literary ether.  When time allows, get acquainted with him via some of his recent work:

“Knot the Noose” clocks in just under 2,000 words.  I tend to pen long drafts (with second-passes substantially eclipsing the initial word-length—surpassing, then, the initial idea(s) while layering and unfurling the resultant narratives; I begin keenly reeling things in after that, contracting the scope into something tangible).  One of the most difficult aspects was pruning-back some of the interesting anecdotes tied to the indigenous, sacred strains of Jamaican Landraces.

Intuitively, flash-fiction prose and free-verse poetry have more in common with each other in that Spartan intersection of intention and words; and if I had to dabble in one, it’d be the latter.  Still, this was an enjoyable challenge to see what some shrewd whittling could produce.  You can find the story here:  https://dmdujour.wordpress.com/2018/01/16/clint-smith-knot-the-noose/