I’ve a new short (and I mean short) story up at DM du Jour, a deliciously insolent blogpost adjuvant to the Danse Macabre flagship.  “Knot the Noose” is a B-side of sorts to “Fiending Apophenia,” which appeared in Scott Dwyer’s 2017 project, Phantasm/Chimera.

From their site: “DM’s contributors range from previously unpublished newcomers to accomplished professional writers, editors, scholars, and musicians, too. They write from both their hearts and around the world, from the South Side of Chicago to South Africa.”

I’d like to submit a specific nudge of thanks to Jim Powell, who, as global rover, helped provide some (much-needed) insight into potential locales for this this sordid short.  (Unflinchingly factual:  the Dos Equis ad-mascot, “Most Interesting Man in the World,” is largely based on Powell’s exploits over the decades.)  Though I owe him much, I won’t embarrass the man with anecdotes on how much his mentoring has meant to my writing (read: academic discipline), though will say he produces not only a guiding gesture from time to time, but continues to assemble impressive short stories which can be found in our literary ether.  When time allows, get acquainted with him via some of his recent work:

“Knot the Noose” clocks in just under 2,000 words.  I tend to pen long drafts (with second-passes substantially eclipsing the initial word-length—surpassing, then, the initial idea(s) while layering and unfurling the resultant narratives; I begin keenly reeling things in after that, contracting the scope into something tangible).  One of the most difficult aspects was pruning-back some of the interesting anecdotes tied to the indigenous, sacred strains of Jamaican Landraces.

Intuitively, flash-fiction prose and free-verse poetry have more in common with each other in that Spartan intersection of intention and words; and if I had to dabble in one, it’d be the latter.  Still, this was an enjoyable challenge to see what some shrewd whittling could produce.  You can find the story here:  https://dmdujour.wordpress.com/2018/01/16/clint-smith-knot-the-noose/

In February, 2017, the poet Thomas Lux died of lung cancer at his home in Atlanta, Georgia.  I was unaware of his passing until months later when I snagged on his name in an “In Memoriam” section of a magazine.  The sneaky-swift riptides of shock and shame curled in under my midsection—shock:  the confrontation of another’s non-existence; and shame:  possessing an innate ignorance despite claiming an acquired awareness.  At the conclusion of 2017, now finally typing in its successor, it is that intersection of simple sadness and horizon-scanning curiosity that I’m assessing.

It’s certainly not hero-worship, though I would count Lux as one of my fundamental mentors.  And it eclipses belly-bitching melancholy.  There exists a group of influential individuals who’ve not cleaved to the social-media precincts which have seduced so many (indicting myself here, too) over the past decade and some change, and I find myself scrambling to keep pace with the creative rhythms which provided so much (wince, if you must) galvanic inspiration.

My corporeal clock ticked-over to forty this past year, and in exercises which aim to strike a balance between conducive reflection and solipsistic introspection, I ruminate on the late poet Lux and what his work did for me.  “A poet may not be a hero,” wrote Stephen Dobyns, “but I can think of many who have been heroic, since certainly it is heroic to put the ego in jeopardy.”

My first encounter with Lux—one of his poems, rather—came during a rather unforgiving winter in 2004.  After returning from Chicago, I’d taken to the notion of completing a bachelor’s degree (which had been simmering on departmental and bursar back-burners for a number of years), hewing toward the disciplines of my newfound preoccupation with creative writing.  I’d been privately penning some rather painful free-verse; and it wasn’t until I’d tapped-in to the frequencies of Thomas Lux (and for that matter, the works of Adrienne Rich, Charles Simic, Tomas Tranströmer, Kumin) that my amateur endeavors began to gain some modulation.

My friends, I hope you will not swim here:
this lake isn’t named for what it lacks.
This is not just another vacant scare.
They’re in there—knotted, cruel, and thick

with poison, some of them. Others bite
you just for fun—they love that curve
along the white soft side of your foot,
or your lower calf, or to pierce the nerves

with their needles behind your knees.
Just born, the babies bite you all the same.
They don’t care how big you are—please
do not swim here. There is no shame

in avoiding what will kill you: cool pleasure
of this water. Do not even dip your toes
in, because they’ll hurt you, or worse,
carry you away on their backs­—no,

not in homage, but to bite you as you sink.
Do not, my friends, swim here: I like you
living: this is what I believe, what I think.
Do not swim here—lest the many turn to few.

In the summer of 2004, a number of coincidences which were punctuated by an unlikely tag-along invitation to accompany an MFA-student-acquaintance to Warren Wilson College outside Asheville, North Carolina (where they were finalizing said degree).  As it happened, Thomas Lux was an instructor at the time.  To recount my happenstance meeting and its ensuing discussion with him would dilute the point:  that, in my neophyte enterprises, I’d been appraising the triangulation of symbolic abstraction, manifest fulfillment, and the ossified insulation of the real—a contextual balance of emotion, intellectuality, physicality.

Your baby grows a tooth, then two,
and four, and five, then she wants some meat
directly from the bone. It’s all

over: she’ll learn some words, she’ll fall
in love with cretins, dolts, a sweet
talker on his way to jail. And you,

your wife, get old, flyblown, and rue
nothing. You did, you loved, your feet
are sore. It’s dusk. Your daughter’s tall. 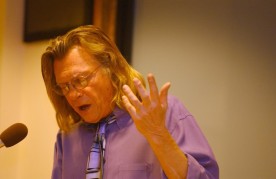 Like Lux’s poems, there were companionable comforts which sustained me in 2017.  Not the least of which being the actual friendships I’ve gained and maintained over the past few years—friendships which are less the result of ephemeral popularity, but the actual twofold transmission of ink and image.  Along with some ancillary notes on the progression of publication, here are some mediums which provided more than a little contentment.

I had some ferocious companions this past year; and though some of the albums are a few years old, they provided an infusion of vibrant acidic-electricity, making the mundane vagaries of our typical day-to-day more tolerable.  Here’s what I’ve got: 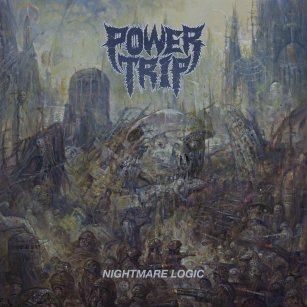 Just like some of my writing exercises, I find myself with a similar confession about reading:  I don’t do it as much as I used to or need to.  Still:  here’s a portion of what I was able to get under my belt:

Because free time is spare and a rare commodity during the week, I’m tallying serial vehicles as well.